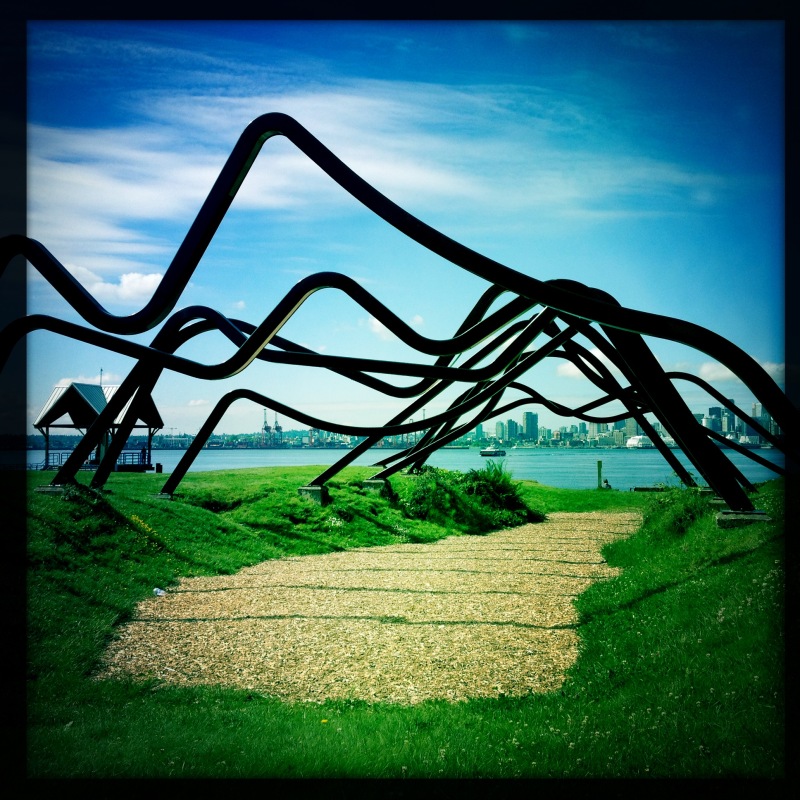 Previous Next
← previous day next day →

Posted by Mooie (Vancouver, Canada) on 6 July 2013 in Cityscape & Urban and Portfolio.

Rock on, Turf Crew, rock on.

I am not sure how or when, but posting on this blog has become my most accurate platform for creative expression. It's so inspiring to browse through other blogs and every comment is very appreciated!

I'm no mountaineer but I sure like this work . . you have me wondering if, in the other direction, the shapes actually follow the distant ridges !

@Ronnie 2¢: No, it's not that sophisticated, but it is quite cool once you know they are mountains!

so beauty and modern

@Steve Rice: Haha... yes this was a pre-trim shot!

@Harry: Thanks a lot!

I love that! I think the squiggly things are actually cool and a work of art, I kind of see both the mountains and the squiggles :-) the intensity in the blue and green and space are great. haha I like your commentary too.

@Abena: They are pretty cool... at first all I saw were squigglies (we used to try and climb them when we were.. umm young), but now all I see are mountains! Thanks for the comment!

This is an amazing sculpture! I love the way you captured it

@Ruthiebear: Thanks...it is def hard to see mountains unless you are at a certain angle...